We all love a bit of sport. And the biggest sports league in the world, the Premier League, is returning to our screens on the 13th of August. Fans will be at the stadiums and the atmosphere is bound to be electric. After what the English team did at the Euros during the summer, the hype for the Premier League season is already going through the roof. Unless you are a season ticket holder, finding a place at the stadium for every game won’t be easy. But there are plenty of other spots to catch the game.

This season there will be thirteen cities represented by the twenty clubs and we have found places from each of these that will provide a great atmosphere to enjoy the football. Yes, you can enjoy a Budweiser (the league’s official beer partner) at home, but if you want to celebrate the goals and the big saves, and share your anxiety and nervousness with other fans of your favourite team, head to these watering holes and a terrific night is on the cards. 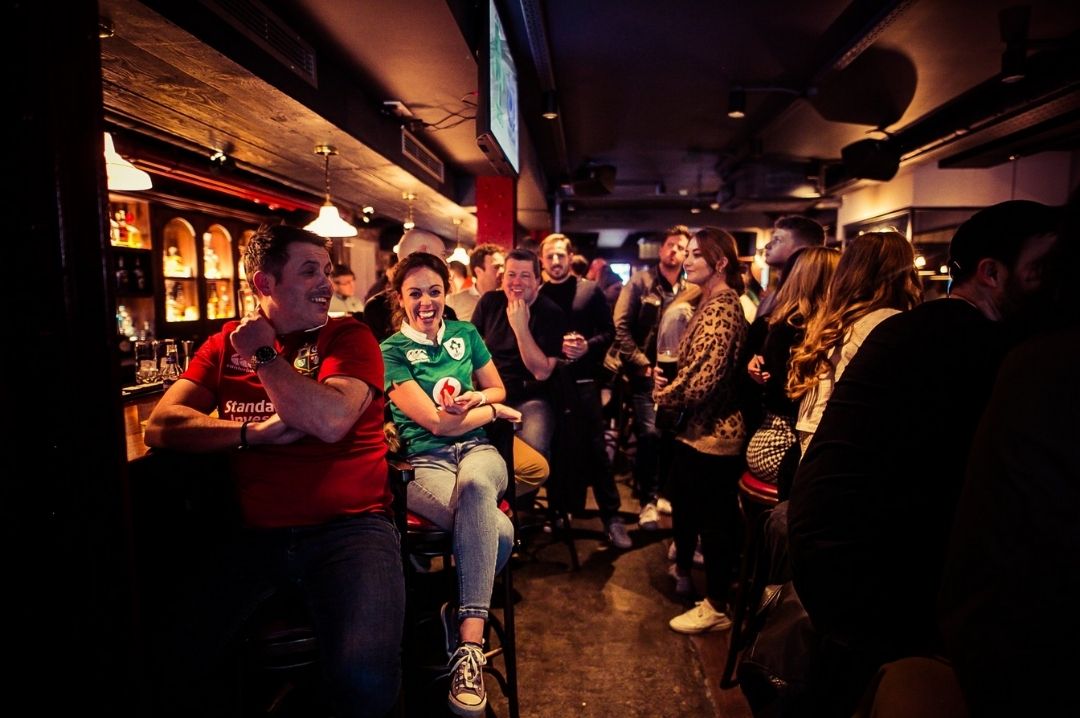 The capital this year will once again feature the most number of teams in the league. Contenders like Chelsea, and European challengers Tottenham, Arsenal and West Ham will be joined by Crystal Palace and debutant club Brentford as the teams that will play their home games in London. The city is filled with pubs so it shouldn’t be difficult to sit down and have a pint and enjoy a game or two. Here are a few places that will set you up for 90 minutes of fun.

The Enterprise: You will recognize this place as a sports frenzy bar the moment you step in. The bar has loads of TV screens set up across the venue and also has a slap-up beer selection paired with some nice burgers and treats. The Enterprise alluring option for sure!

Gibney’s: The original Gibney’s is located in Dublin, but their London location is just as much fun and exciting on matchdays. Mixing Irish traditions and hospitality with the dining experience of a top restaurant and a livewire crowd, Gibney’s is the perfect destination to enjoy a Premier League game, and even perhaps a London derby. 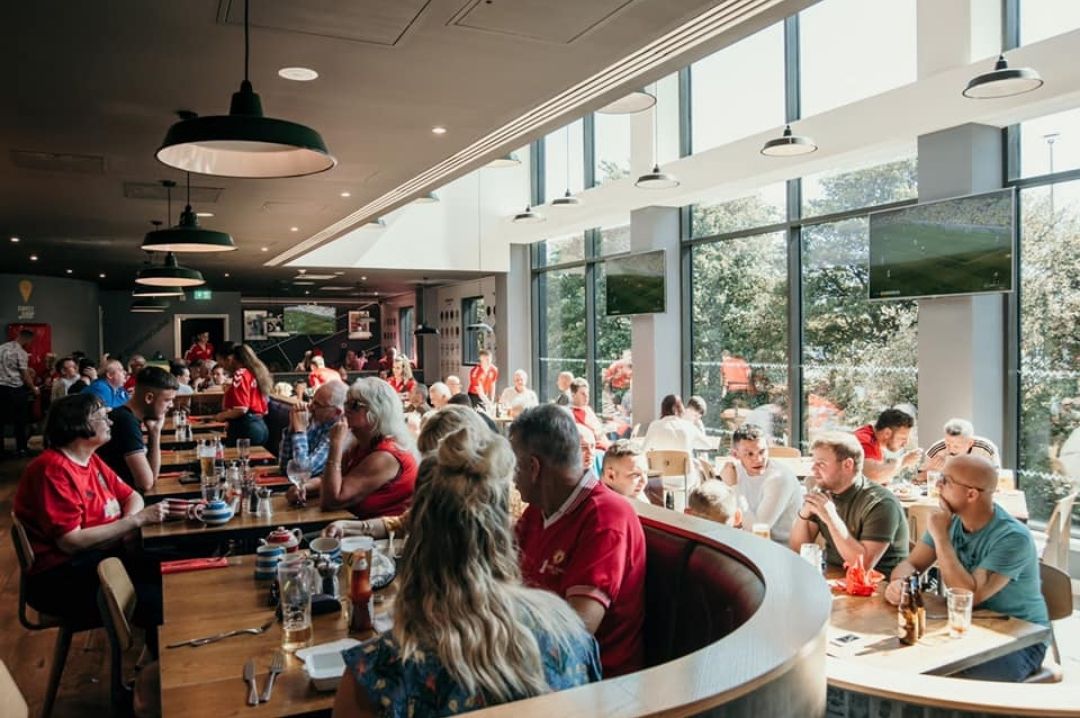 Reigning champions and runners up divide the city into two colours but the sets of supporters can surely turn a dull match into a big one with their roars and shouts. Whether or not either of these teams takes the crown is a prediction best left to the pundits, but when it comes to enjoying a beer at a pub, we have got you covered.

Dive Bar & Grill: This one isn’t just a bar but also houses an outdoor terrace & restaurant, so you get to pick from three options. The bar at Dive Bar & Grill is full of graffiti and is a slick place to catch a game. They’ve got six beers on tap and another nine in bottles & cans. There’s also a wide range of wines and spirits to choose from. HD screens make it worth every penny and you can celebrate your team’s victory with Dive Fried Chicken or their famous crab cakes.

Cafe Football: Manchester City fans look away right now. Two United legends Gary Neville and Ryan Giggs have opened up this place right next to Old Trafford and it is home to hearty food and bespoke beers ideal for a sports night. There’s also pizzas, burgers and salads to choose from. Cafe Football embodies the spirit of football. Eat and drink surrounded by memorabilia from the game’s legends. 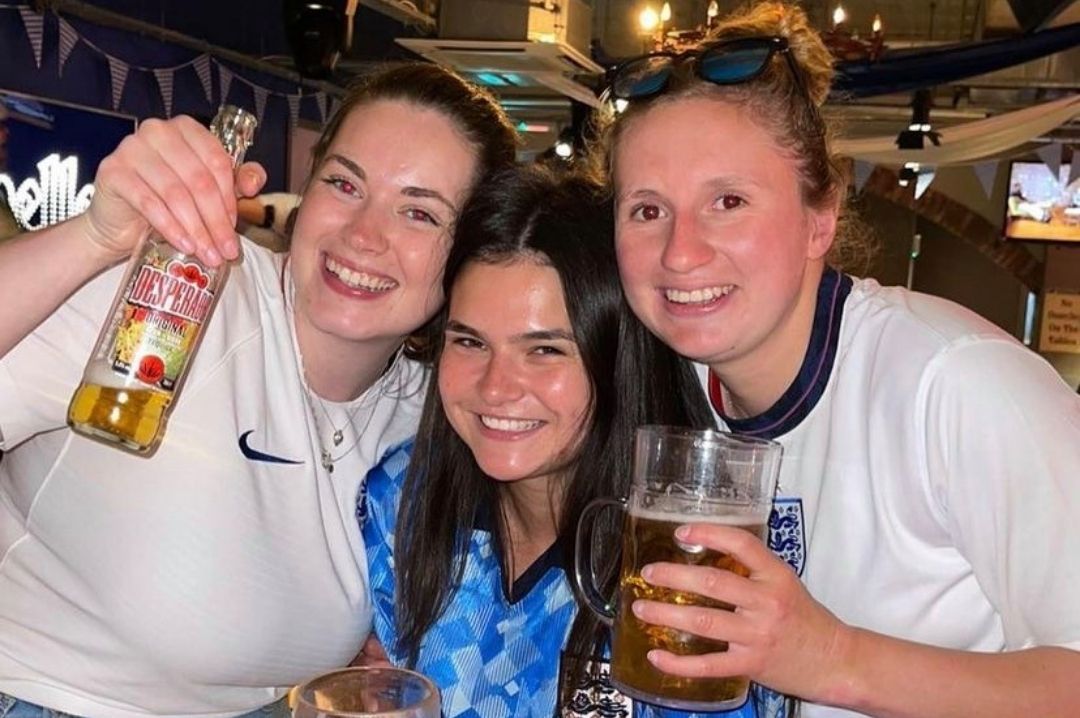 From one city divided by red and blue, we move to another. Both Liverpool and Everton will be looking for redemption after a lacklustre 2020/21 season and the fans can watch them have a go from some popular sports bars across the city.

The Bierkeller: Set across two floors, The Bierkeller is a football and beer lovers paradise. The Biergarten overlooks the Albert Docks and houses 65 inch LED screens, projector screens and a large superscreen as well. 14 beers and some wine and spirits options are available and the food menu has a Bavarian theme. The Bierkeller is the ultimate party venue any scouser would want to visit.

Teddy’s: Pool tables, Sky Sports and a charming interior make Teddy’s a staple of the Liverpool sports bar list. Just like The Bierkeller, Teddy’s is also spread across two floors and is a party haven. Ropewalks’ top destination on a football night, you can also hang around at Teddy’s post the final whistle to enjoy some great live music. 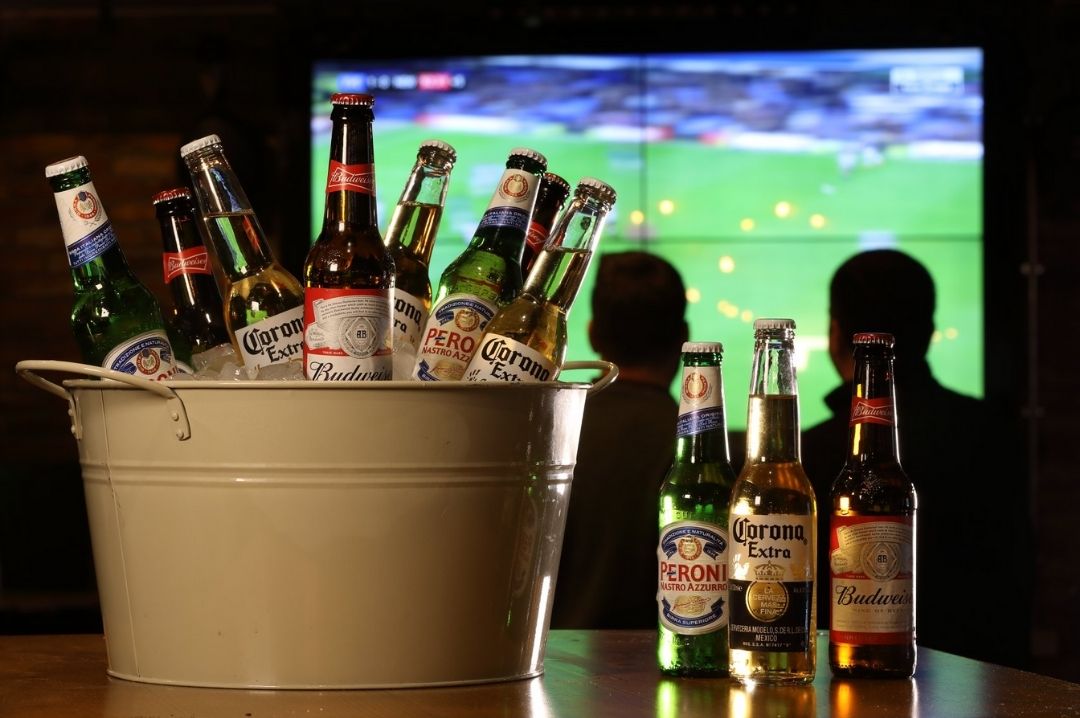 While the city has only one team plying their trade in the league this season, the city has lots of places to watch Aston Villa’s games. We’ve got our eyes on O’Neill’s Broad Street, a quintessential Irish pub in the heart of the West Midlands. Get a round in, pull up to a seat and order a pint and pub food and get ready for a season of attacking football from The Villains. O’Neill’s will broadcast every Premier League game so Birmingham natives are in for a treat! 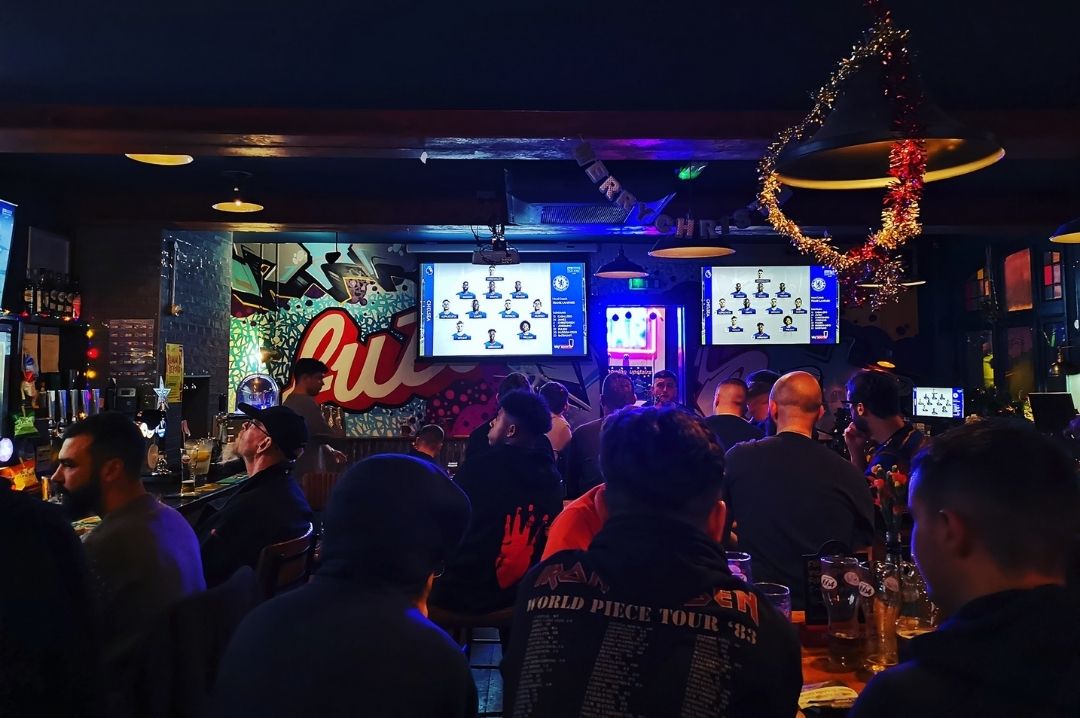 Brighton has got a ton of nice places up its sleeve for sports enthusiasts. There are some places that offer loads of fun and deals on drinks like The Walkabout and others that are family and pet friendly like The Black Lion. However, to enjoy a game of footy you should head to New Unity on London Road. The bar has a bit of everything, from live music to happy hours and from craft beers and cocktails to lip-smacking food. The games are telecast on 10 screens with multiple matches being broadcasted at once. Beers with Brighton games, what more does one want on the weekends! 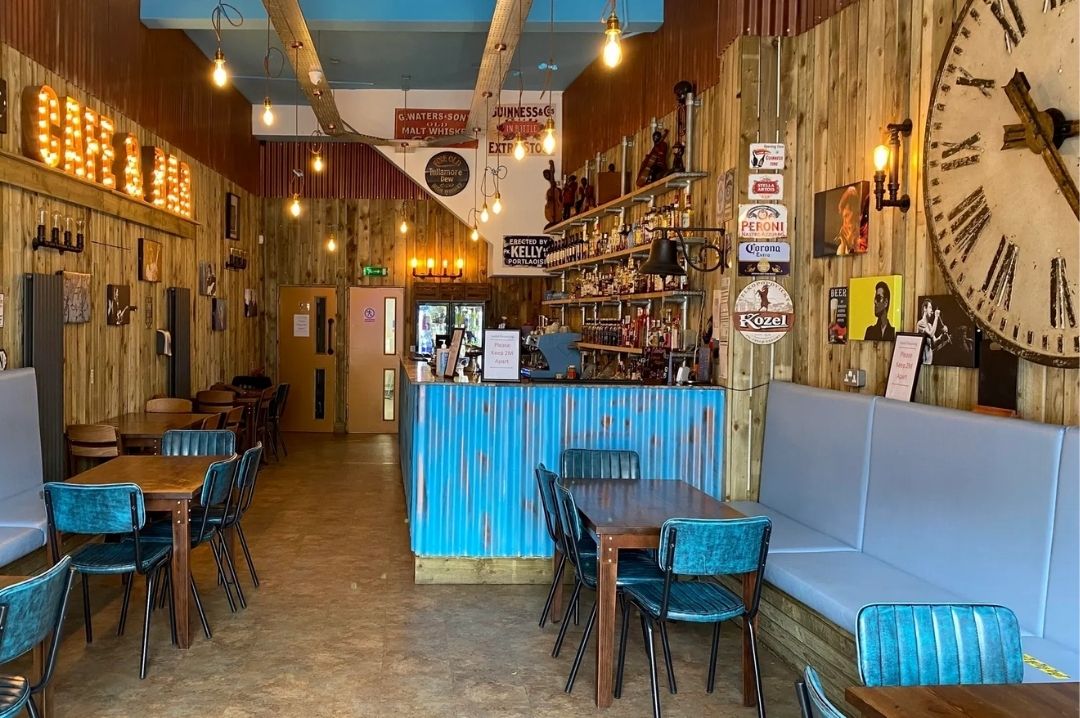 The only team in the league that still religiously keeps a 4-4-2 formation also has a nice set of bars that you can watch their games at. Topping that list is The Hideaway Bar & Kitchen, which is coming off a good broadcast success of the Euros. The bar, based in the Burnley town centre, offers a wide range of draughts and bottled beers along with a vast array of gins. Pair them with chicken wings, burgers, onion rings and other bar food and enjoy the team in action. 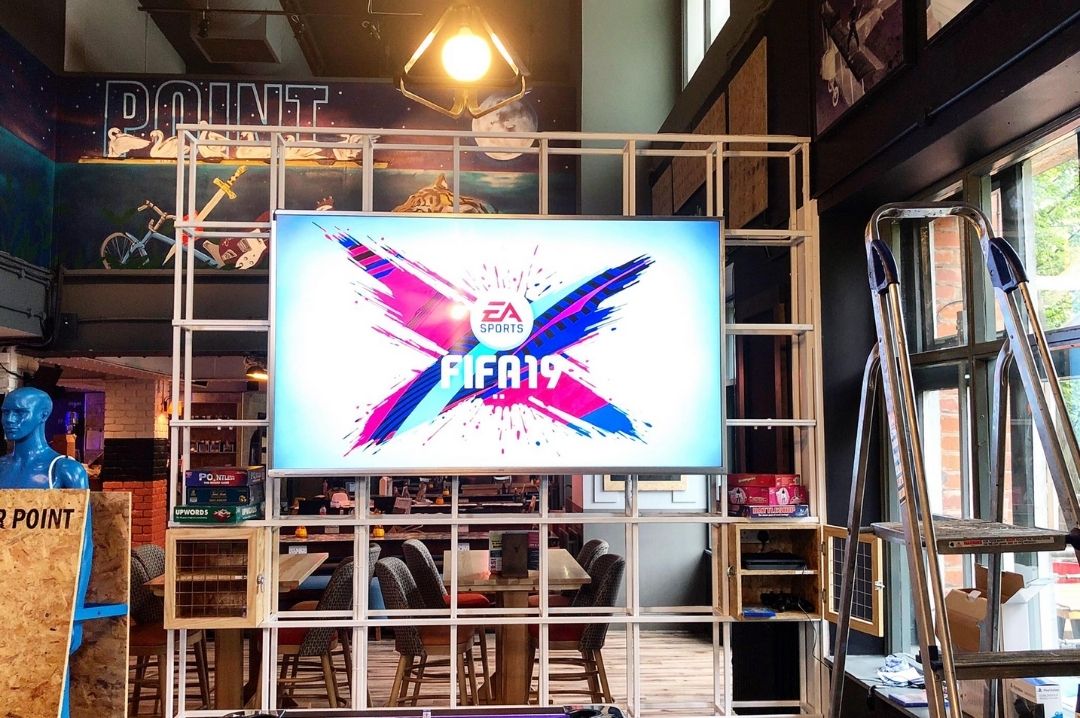 The Foxes had a pretty up and down season but there were lots of positives to take from their campaign. When it comes to enjoying a football night in Leicester however, there are only positives! Among the host of sports bars that the city has to offer, the one that will attract a crowd of all ages is The Soar Point. A vibrant and relaxed pub close to De Montfort University, The Soar Point sees quite the gathering of people on match days. Even if you aren’t a Leicester City fan you can head in and enjoy a game of the team you support. From pink and sparkling wines to non-alcoholic and low-alcoholic drinks options, The Soar Point boasts a deep drinks menu. 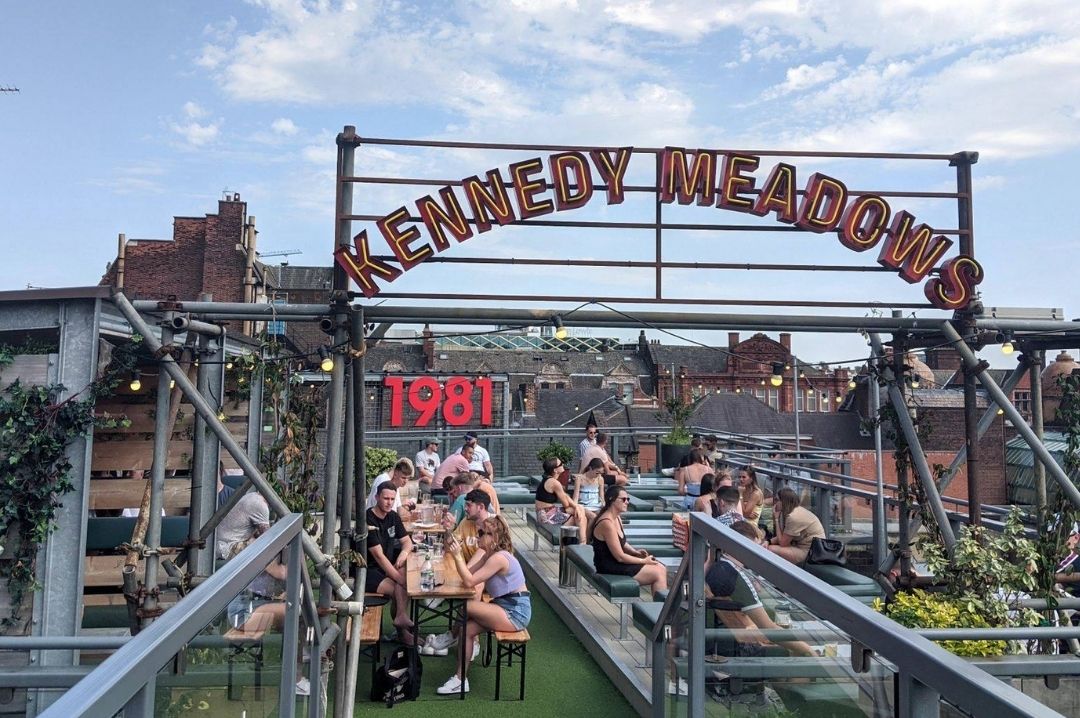 Marcelo Bielsa and his team of murderball marauders lit up the Premier League in their first season back. The fans weren’t there at Elland Road for most of the campaign to celebrate the team’s comeback to the league which is what makes enjoying the upcoming season at one of the bars even more special. As the crowd bellows the club anthem and songs inside the stadium, you can soak up the atmosphere at Headrow House.

This isn’t your average sports bar, with its large beer hall and rooftop terraces. Enjoy the latest fixtures with some Yorkshire food, craft beer and thirst and excitement quenching cocktails. Headrow House will have a frantic atmosphere with all the Yorkshire lads at the bar. 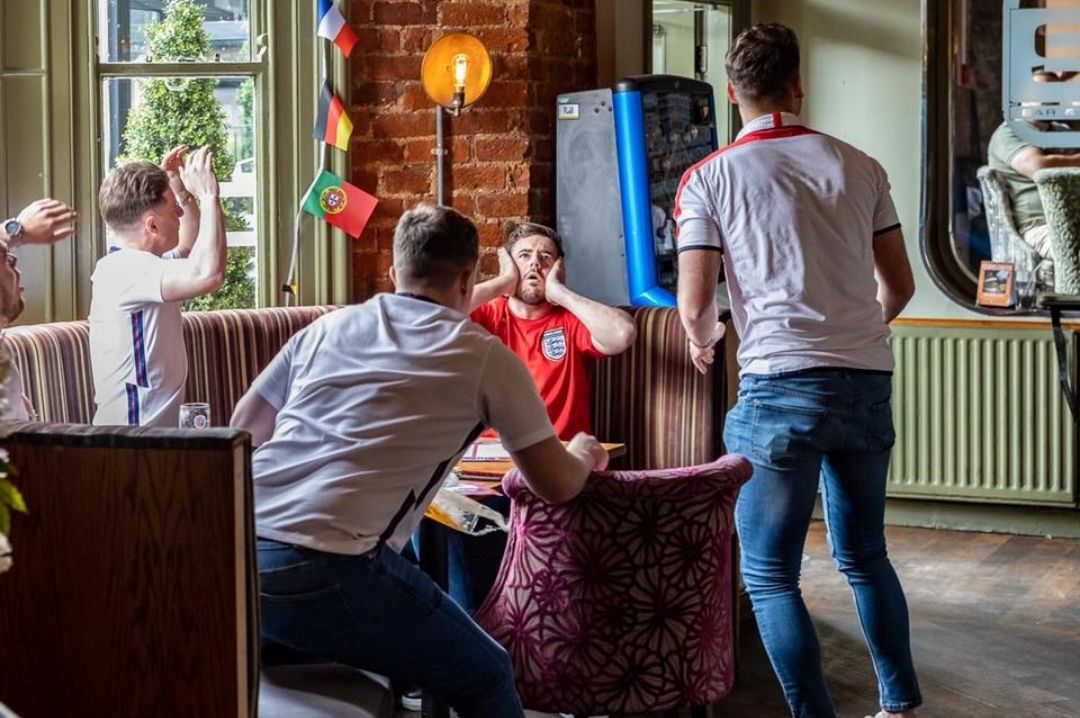 The Toons have survived for one more season in the league. Newcastle faithfuls know how to make a place lively and make their noises heard. To get a taste of this outside of St. James’ Park, head over to Spy Bar, an American-inspired sports bar. It is the home of big screens with 3 big screens and 6 flatscreens broadcasting games. The bar specializes in burgers and beers, with nine available on tap. If beer Isn't your go-to drink of choice, they serve everything from wines to cocktails too. The right place to be when The Magpies take to the pitch. 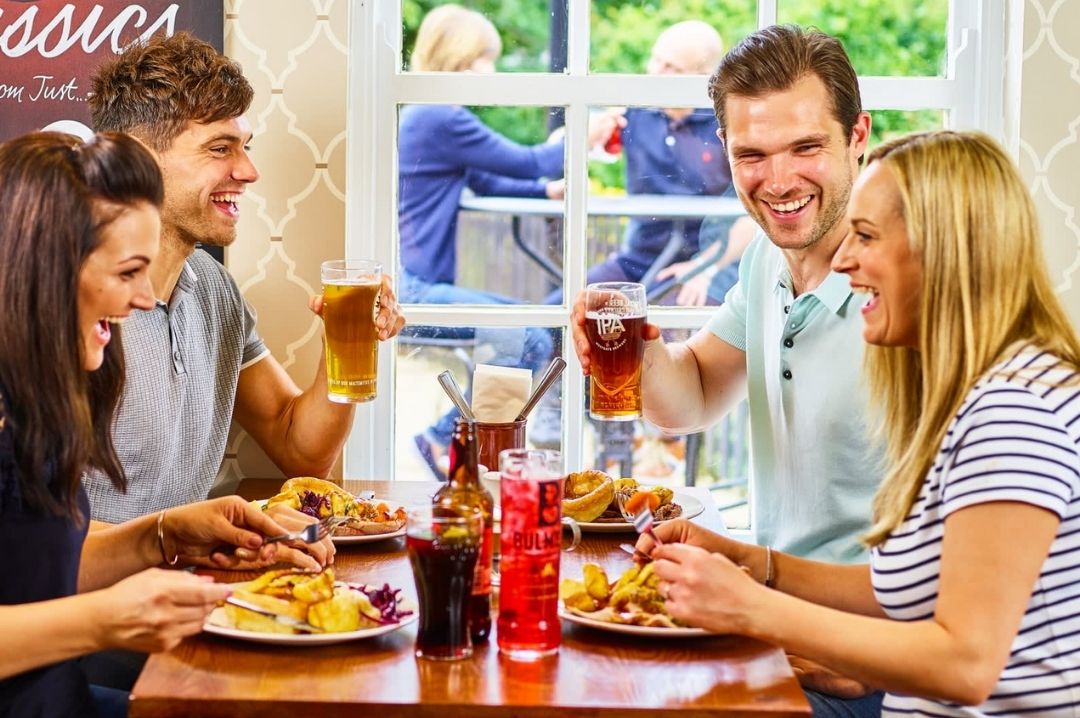 The Canaries are back in the top tier of English football. To celebrate their comeback after just one season out of the league, head straight to The Woolpack Inn for the first game itself. The murals on the wall add an arty flavour to the games at the venue which is otherwise a classic and traditional inn. Enjoy a wide selection of beers and gourmet meals as the team puts their best foot forward. Who knows? That huge upset of Manchester City might just get repeated. 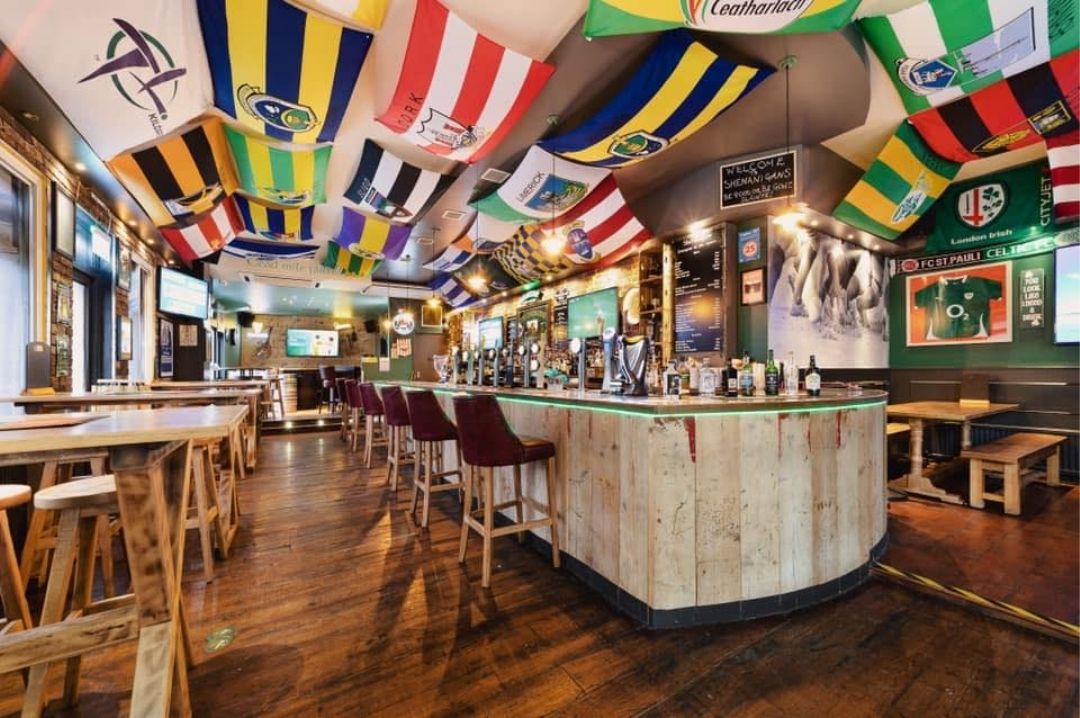 Buzzing with football action because of how Ralph Hasenhüttl has got the team playing over the past three seasons, Southampton, just like every other city on this list, has some amazing places to go to enjoy the football. To celebrate James Ward-Prowse hitting top bins and screaming your hearts out in joy, head over to Shenanigans, Southampton’s lively sports bar. Six screens, Irish beers and spirits headline a night of football shenanigans. Maybe the Irish luck will play its part in helping the team win every time you sip a beer here. 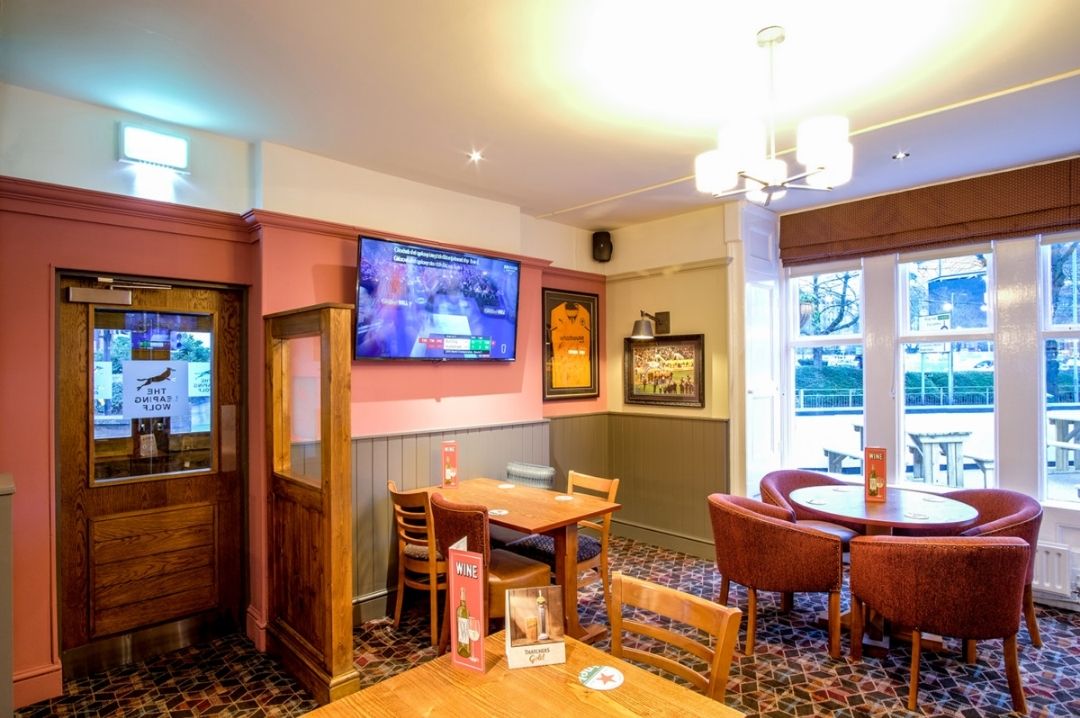 Ever since getting promoted to the Premier League, Wolves have done a fantastic job with the way they play the game and also in challenging the big guns of the league. While Molineaux will see a new manager on the touchline, the pub to check their games out won’t change. The Leaping Wolf has shown terrific loyalty to the team, with banners hanging around the walls to show who they support. It is the ideal place to get a great pint, enjoy a game of pool or enjoy a karaoke post the game’s completion. Enjoy 2 bottles of beer for £6 or 4 for £11. There are other great deals on offer for all those who come through their doors. 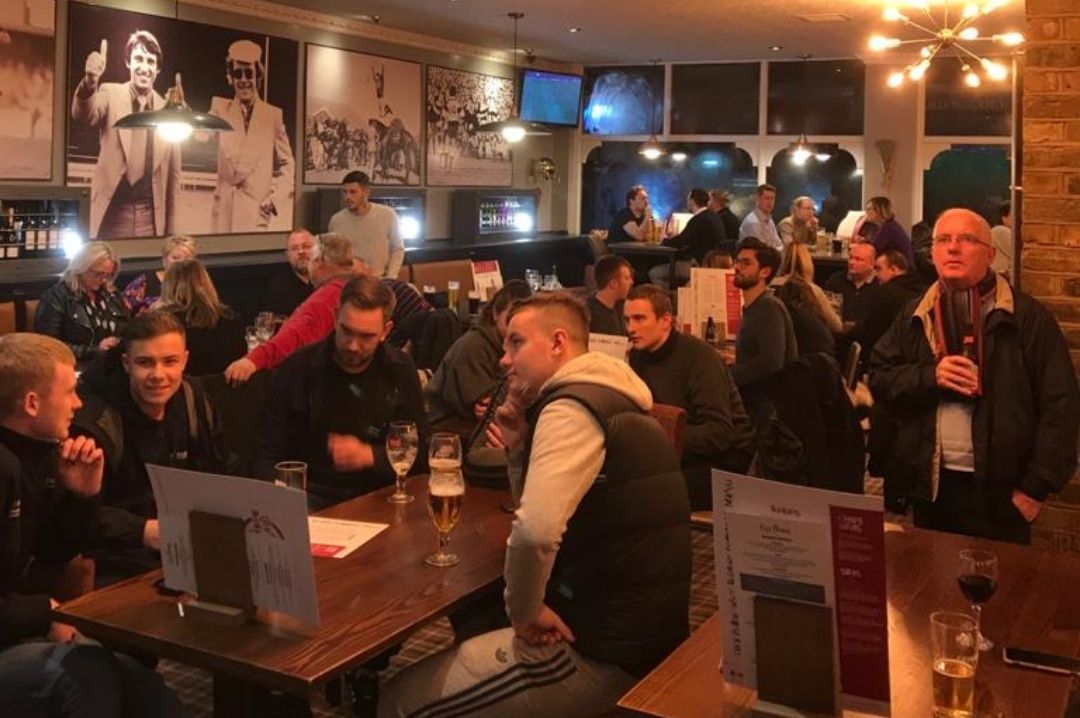 Finishing off the list of places to watch the Premier League in the cities the clubs represent is Watford, the third team to gain promotion to the league. The natives love their football and it will be great to see the yellow and black playing top tier football once again. To celebrate their return to the league, grab a pint at The Wishing Well. The bar has 11 large screens and a video wall which ensures you won’t miss a second of the action. Top-shelf beers and ciders, premium wines and spirits and a delicious food menu add to the scene. The time to get behind The Hornets is almost here. 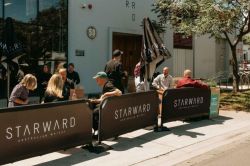 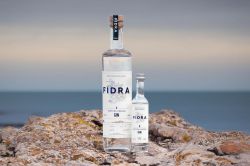 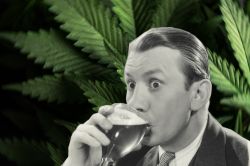 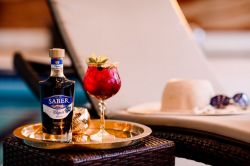 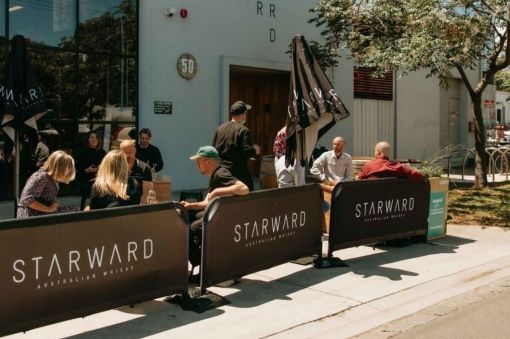 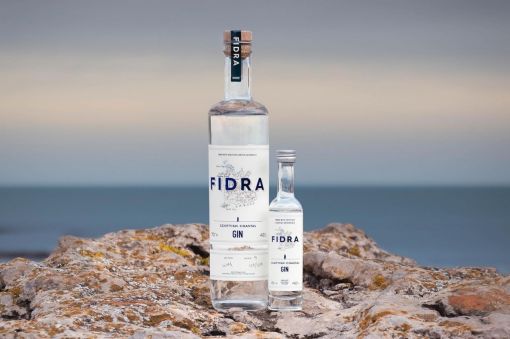 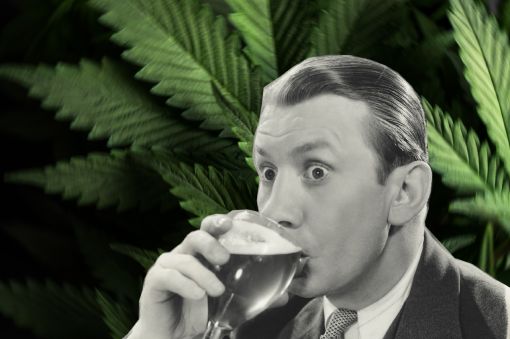 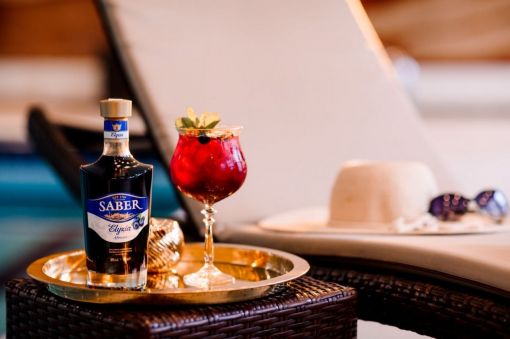